Carlos Kremer, the host of the world’s No. 1 cage announcer and Fight to Fame BMS Global Media Ambassador, accepted an exclusive interview with FightBook MMA. (Part 1) 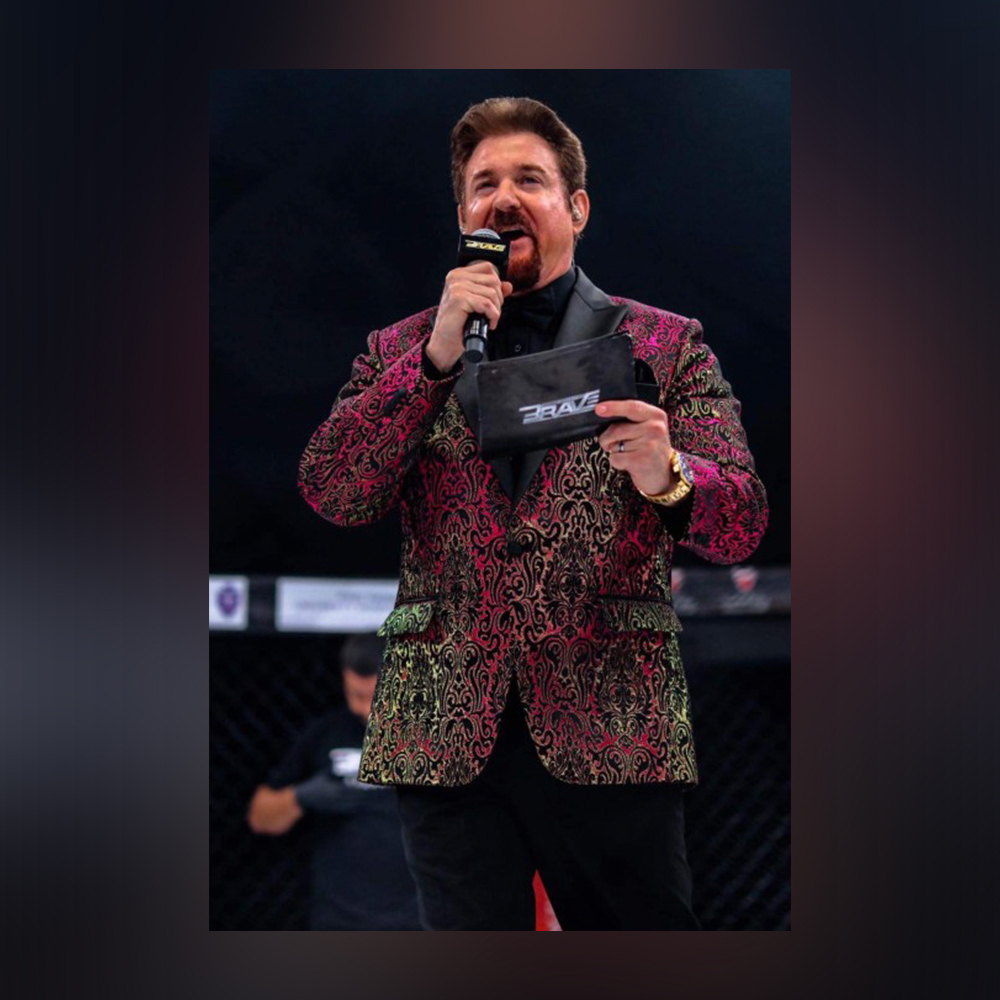 The Roaring Lion Of BRAVE COMBAT FEDERATION, Carlos Kremer(@theroaringlioncarloskremer) earned FightBook MMA’s #1 Cage Announcer in the World Award for 2020! This is the fourth year (2017, 2018, 2019, 2020) in a row that Kremer, a former highly decorated US Marine Corps Captain with two Navy Achievement Medals for Honor and Valor, has won FightBook MMA’s coveted award. Kremer, who WOWS audiences all over the world with his Intensity, Delivery, and Performance as the Voice of BRAVE COMBAT FEDERATION is one of a kind MC that is considered a show within a show. His years in the business, magnetic personality combined with his true care for the future of MMA makes Kremer very unique in our sport.

Kremer sat down with the CEO of FightBook MMA Roberto Villa to talk about his role with Fight to Fame. Check out Part 1 of the conversation below.

Roberto: Carlos, thank you so much for taking time out of your busy schedule to talk to me. Can you tell the audience a bit about yourself.

Carlos: Hi Roberto thanks and great to catch up with you again. I am a proud husband and father with my beautiful wife Teca Thompson and our two amazing children, London who’s 10, and Crimson who’s 4. I’m a former decorated US Marine Corps Captain who was known as “The Master Motivator” for my unique style of Leadership on the Drill Field at Marine Corps Recruit Depot San Diego. I received two Navy Achievement Medals for Honor and Valor back then and I’m still very proud of that and my service to this day. I’m a businessman who has owned Kremer Insurance here in San Diego for over 25 years, an actor who has appeared in Gene Simmons Family Jewels, American Choppers, and The Gender Bowl to name a few. I’m also a comedian and have been fortunate enough to headline casinos and landmark clubs such as The Comedy Store in Hollywood. I’m also a former boxer and a purple belt in Jiu-Jitsu which I have studied for over 12 years. I am a podcast host for over 10 years and MC events and host press conferences worldwide. I’m best known however as “The Roaring Lion” and the voice of Brave Combat Federation which is the fastest growing global promotion in the world and the Vision and Support of one of the most incredible men I’ve ever met, His Royal Highness Sheik Khaled Bin Hamad Al Khalifa, my dear friend and the Prince of The Magnificent Kingdom of Bahrain. I’m also the Global Media Ambassador for Fight to Fame and the Host of their upcoming Reality Show where myself and my wife Teca who is the Co Host, will be going into country after country looking for the best talent in the world. I absolutely love sports and I played college football at UC Davis where I was recruited to play both football and basketball from the powerful Crespi High School in Encino, and keep in touch with so many of my lifelong friends, my fellow Celts. I’m also a fitness fanatic and always believed in pushing my body to its limits setting a Marine base record in 1993 by doing 100 pull-ups and 200 dips in 15 minutes. I love to give back and to Inspire our future generations and charities particularly working with the blind as my beautiful daughter can not see, but she is a ray of light to anyone she meets.

Roberto: FightBook MMA has been holding our FightBook MMA Awards for 5 years now, and you’ve won FightBook MMA’s #1 Cage Announcer in the World for four years in a row. Can you tell us your thoughts on winning this award?

Carlos: Winning the FightBook MMA Awards #1 Cage Announcer in the World Title for four straight years to me is still just surreal and mind-blowing. To be recognized as the best in the world when there are so many talented Cage Announcers across the globe takes my breath away. My only mission was always to give back to the sport I love and give the fighters the platform and exposure they deserve, all while entertaining the millions of fans that tune in worldwide and giving them memory and a show they will never forget. As we go to countless different countries, I’ve become a type of Ambassador of Good Will as we are helping create world peace and harmony wherever we go. Thank you FightBook MMA for this prestigious honor and it’s truly changed my life. I’m now known as one of the top MC’s not only in MMA but all of Sports and Entertainment and it’s really humbling and exciting for me to see how far I’ve really come.

Roberto: Working with BRAVE CF has been a blessing for you. Now you’re Global Media Ambassador for Fight To Fame BMS. Can you talk to us about how all this came about and tell us what Fight To Fame is?

Carlos: When the opportunity with Fight to Fame came I knew that this was something special and truly a once in a lifetime chance to change not only my life but provide a Legacy and support for my family for years to come. Fight to Fame is the only one of its kind in the world today that combines BMS-Blockchain Technology, Movies, Sports and Gaming all into one incredible platform. Fight to Fame is truly a fantasy factory come true with so many different aspects of ingenuity all created to build wealth and provide entertainment. We have our Fighters from around the world who vie for their country’s National Title. Those fighters now become heroes to their nations and are hand selected to act in major Hollywood action movies such as the Expendables and other monster films. The blockchain technology is the use of our FF token and our rapid rise as we are currently sold out already as we await to go public later this year. We have our Fight to Fame reality show which is global and we are in the process of selecting our first countries to bestow the Honor of working with them to showcase their great nation to the world. We have a gaming partnership with Evolution Gaming which allows one to not only bet on the fighters, but play seamlessly any type of casino game they wish. We have a Fight to Fame Grand Prix coming up in May with over 1,000,000 dollars in prizes including 500,000 to our winner with countless gifts and moneys for the many next winning competitors. For example, I myself have already won an Apple Watch as well as my wife and it’s just that easy to play. So you see Fight to Fame has so many tiers and so many opportunities to provide for your family forever. For those that missed on the Bitcoin opportunity like most of us did, I urge you do not miss your chance of taking advantage of this goldmine that comes across only once or maybe twice in your lifetime. I feel extremely fortunate to be chosen to work with this groundbreaking Company.

Stay tuned for Part 2 of this interview as Carlos talks about working with Dr. Morgan and what the fans can expect from Fight To Fame, and more. 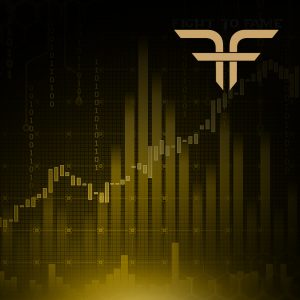 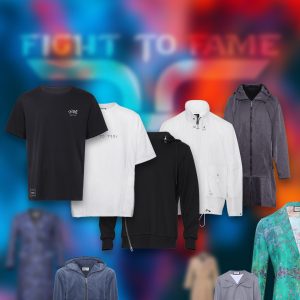 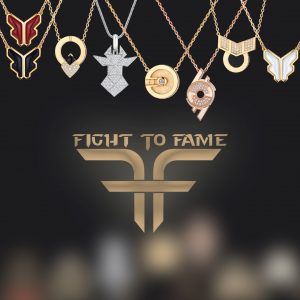 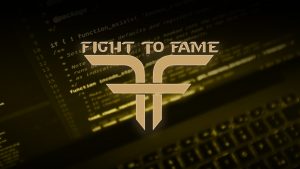 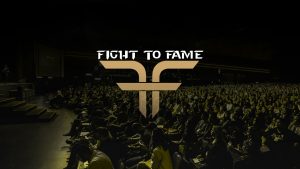